This is what a proposed sample scene hierarchy looks like in order to run the project with AR Foundation and XR Interaction Toolkit support: 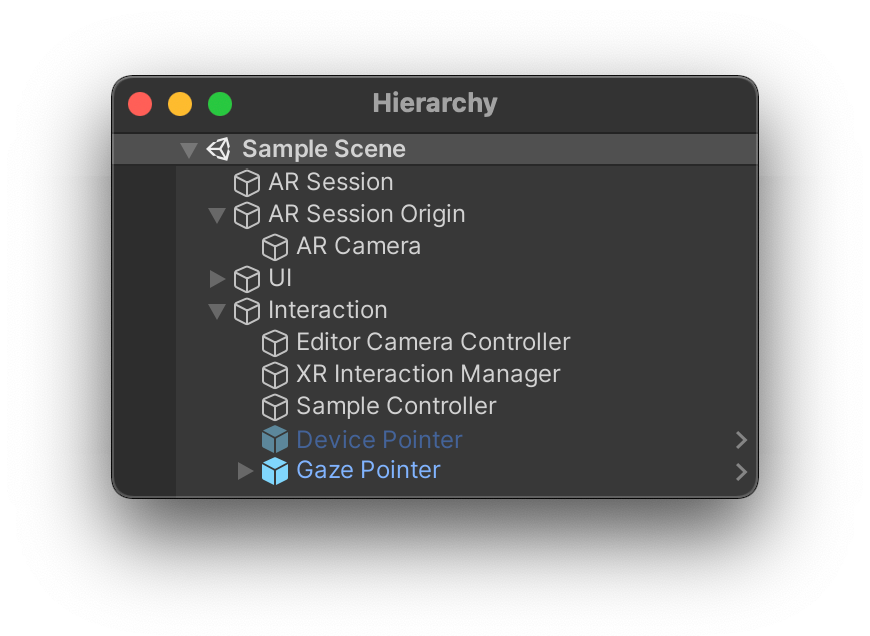 To enable positional head tracking, the following objects are required in the scene:

In order to create these game objects manually, right-click in the hierarchy panel and select XR > AR Session or XR >AR Session Origin.

At least one XR Interaction Manager is required per scene in order to establish a connection between the Interactors and Interactables. 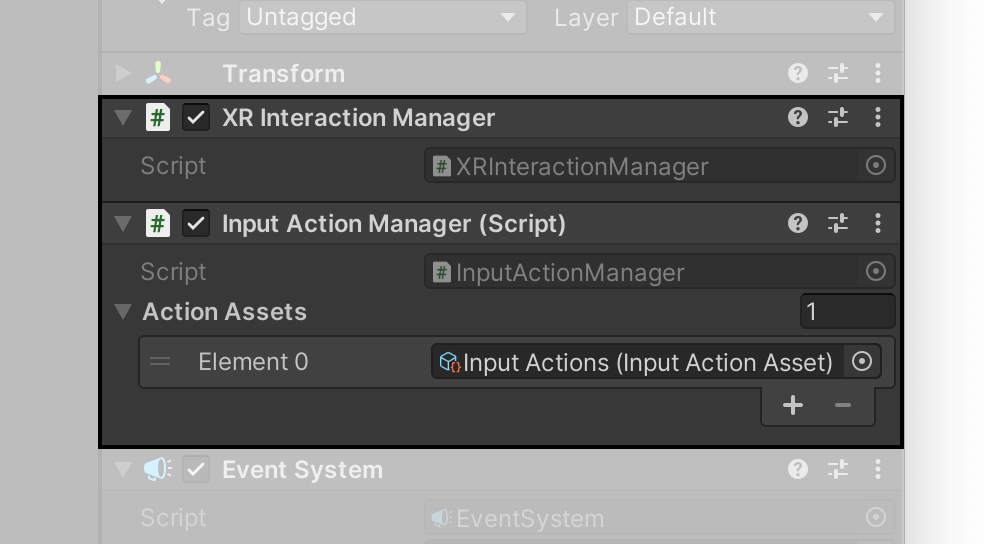 The Gaze Pointer is comprised of the following game objects: The GazeInteractor component is added to the root object. It manages the raycasting and interaction with UI objects in the scene as well as the timer duration and "click" functionality of the pointer.

Currently the gaze pointer can only interact with UI objects in the scene, unlike the Pointer Controller, which can interact with both UI and 3D objects.

The Controller Manager is comprised of the following game objects: While build times can be quite time consuming, the editor camera controller allows for quick testing within the Unity editor itself and provides a key shortcut to switch between the gaze pointer and the controller. The key to switch is output in the Editor console. 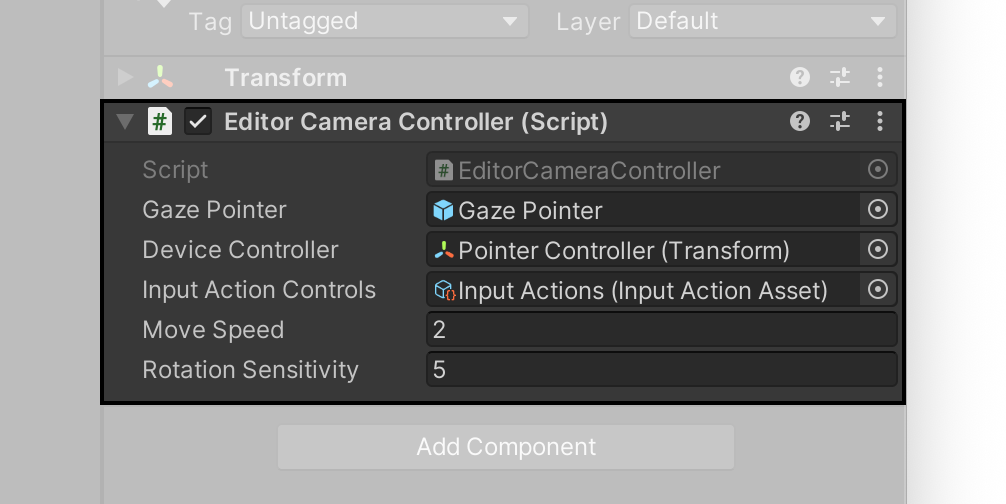